FYI, I wrote this blog in September of last year, but totally forgot I had started it.  So here we are 6 months later, and it's still relevant.  New photographers may very well appreciate some of the comments on what makes a good photo and how judges critque your photos.

Well another competition has come and gone.  This is my 3rd year of competing with the talented photographers at the Jefferson County Photography Club.  I joined this club two years ago and I am so impressed with this group of people.  Renee Townsend is the Club's president and she has been such an inspiration for me, and always so encouraging.  The club offers great educational opportunities and we have had many fun field trips.  Mostly, I've made new friends and get to hang out with people that share the passion.

Getting back to the competition, I take so many photos all year long, it is very difficult to narrow down my favorites to submit to the competition.  I usually try to pick one or two photos for each of the categories.  I ended up submitting 20 photos this year which were judged among the total 560 photos in the competition this year (another record breaking year).

I had the privilege this year of being a judges assistant.  Basically, all that really means is I got to stand by and listen to the judges critique the photos and pick the winners.  This was such an educational experience for me.  I had to take a day off from my day job, but it was so worth it.

Here are my ribbon winning photos and a few comments about each, including some of the judges comments.  Believe me, it was sometimes difficult to sit back quietly while judges were critiquing, as I wasn't allowed to say a word.

In the Landscape Category, there were 58 photos.  Landscape and Nature usually have the most entries.

I won 1st Place with my "Storm Brewing at Port Hudson" 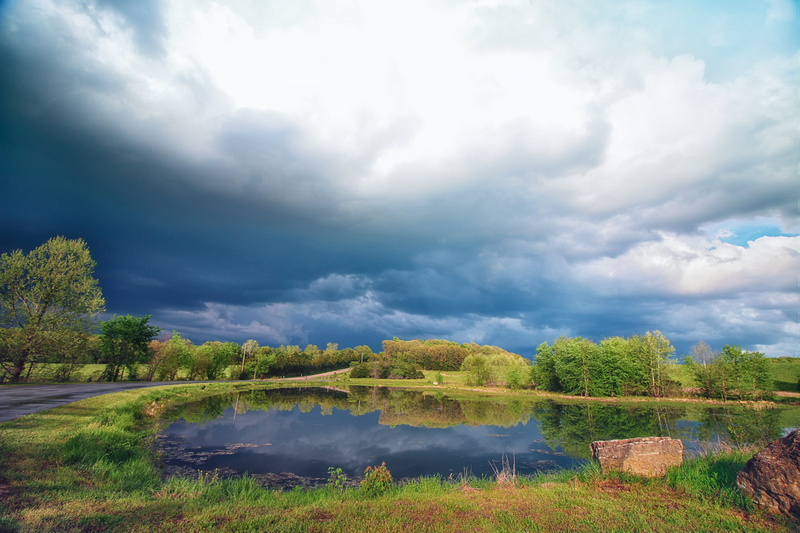 And two honorable mentions in Landscape.

"Port Hudson Sunrise" was critiqued as a cropping issue.  They would have liked to have seen the right or left side cropped off, or a more vertical panoramic view, just showing the center tree.   Competition rules stated dimensions must by 8x10 or 8x12 so I could not have realistically done this for competition, but here's a possibility for a fine art print in a custom size. 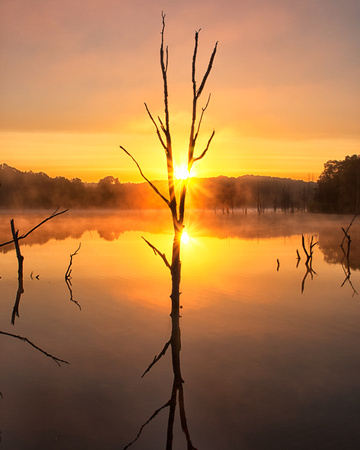 My "Convict Lake at sunset" also received an honorable mention.  Technically well done, the judge referred to it as "calendar shot".  In other words, it's beautiful and well done, but what they consider to be one of those tourist shots of popular locations.   The judges were looking for originality. 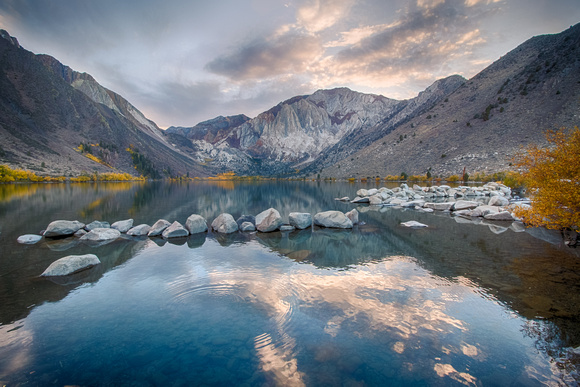 My "Dandelion" one 1st Place in Nature.  There were 49 entries in the Nature Category.  I'm happy to say, this was a fairly easy decision for the judges, however one judge thought it might have been staged.  Well, it wasn't staged.   Just a dandelion in my front yard, found just like this and photographed with a 100mm macro I had rented for the weekend. 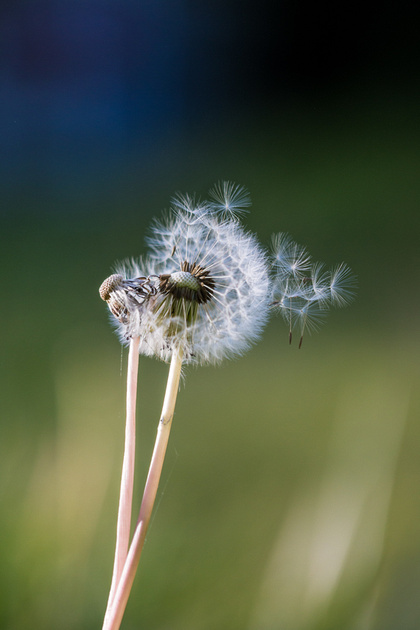 Dandelion WishesWhere will the wind take the dandelion seeds? You must truly love nature in order to find beauty even in weeds.

Next up is Transportation, where there were 33 entries.  My "Rusty International" won 3rd place.  This one was close.  Two of the judges like old rusty trucks, and one thought it was too cliche ... too many photographers are doing this type of work these days.  It's difficult to be original, but you should always strive to see things a new way.   Maybe lots of photographers are doing this, but this was a first for me. 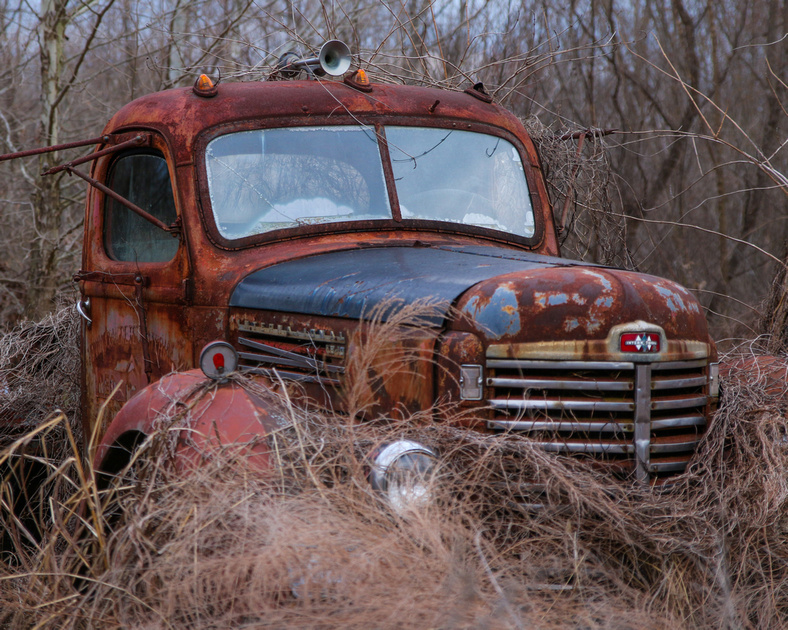 This next one, in the Flower Category, of which there were 36 entries was a bit disappointing.  I was close to getting 2nd or 3rd place, but ultimately, the fact that my "Daffodils" photos was 1/2 an inch too close on the left, dropped me down to an honorable mention.  Got to watch the edges when composing your shots.  Always leave a little extra room.  Lesson learned.  Actually this was a problem in a few of my photos. 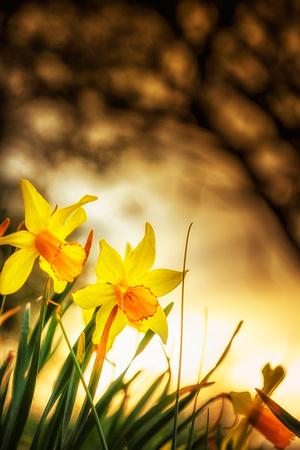 Daffodils at Days EndA spring sunset and a silhouette of a tree frame a pair of daffodils at Shaw Nature Reserve in Gray Summit, MO. 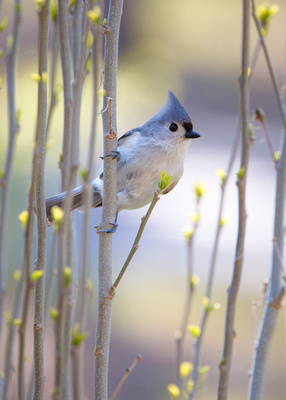 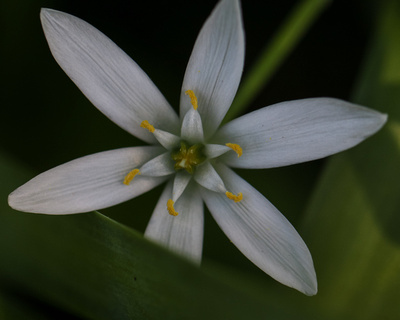 Black and White - 36 entries, "The Chair and Its Shadow".  This one was a nail biter.  It was being considered as a 3rd place ribbon winner, but ultimate bumped down just for overall appeal. 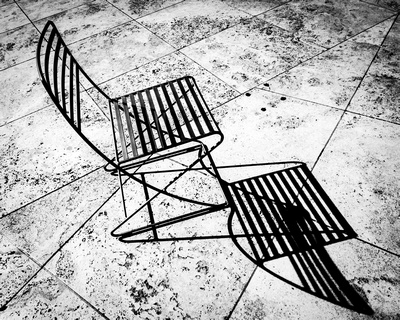 Another of my entries in the black and white category, "Cades Cove Church" won an honorable mention. 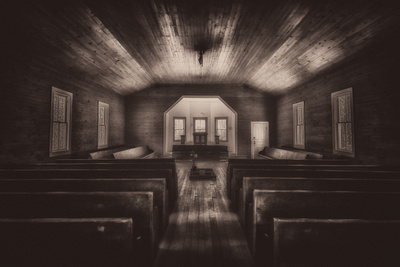 Architecture- 35 entries.  "The Parthenon at Night".  Only an honorable mention, no comments were made by the judges, but the winners in this category were all somewhat abstract close up images focusing on a single architectural element. 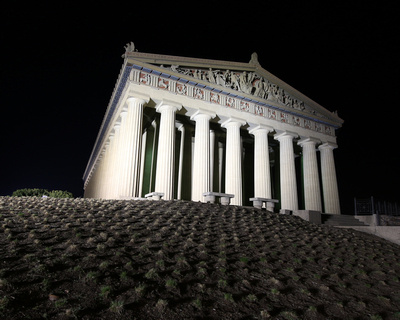 The ParthenonNashville, TN Parthenon at Night

Well, I hope you found this interesting.  If you are reading this and think maybe you would like to get involved in competitions, or would like a little advice on your photos, feel free to contact me.